Mompracem was born during an encounter between Antonio e Marco Manetti, in art the Manetti bros, the producer Carlo Macchitella and the German colossus Beta Film. What bonds the group is their big passion for the cinema.

Among the main objectives, is the one to give space to the emerging directors, developing projects that have both entertainment and quality.

The main characteristic of the Mompracem is the dynamic production, a genuine workshop of ideas, that operates and works outside the most canonical scheme, without losing sight of the main objective: the quality of entertainment. 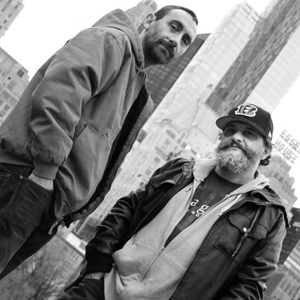 Both directors and screenwriters, debut in 1995 with Consegna a Domicilio, an episode of the film DeGenerazione.

In 2013 with the film Song ‘e Napule (with Alessandro Roja, Giampaolo Morelli and Serena Rossi) they received unanimous consent by the critics and public.

Engaged also with the television direction, the two brothers direct, among others, the cult series L’ispettore Coliandro.

Being active also in the production destined to the web, they have directed over one hundred videoclips for some of the most known faces of the Italian music. 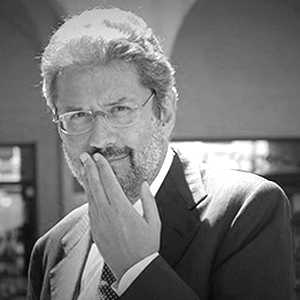 Carlo Macchitella (Florence, 1952), already a Constitutional Law professor at the university of Florence, he has been for thirty years as an executive of Rai, where he covered various roles. In the eighties and nineties he has been a director for Cinecittà and the Luce Institute. In 1999 he was nominated general director of Rai Cinema and chairman of 01 Distribution to whose conception, planning and organisation has participated in first person. From 2008 he is an independent producer.

It’s currently in the pre-production phase with the next film of Manetti bros, “Diabolik”.

Founded in 1959, Beta Film GmbH is one of the main international distributor of tv license fees with clients in over 165 countries. Moreover the Beta film has amplified it activity area founding Beta cinema who distributes cinematographic movies. Beta film is part of Jan Mojto since 2004.

Over the years, Beta has built a global network that goes from the United States to Latin America, from Africa to Middle East, covering all of Asia and Europe. There experience allows employees to answer with flexibility at the cultural idiosyncrasies and national habits of every country. Beta collaborates also with partners of every area in the media sector: from public broadcasters and private channels of special interest, co-operate with cinematographic distributors, video and organizers of important film festivals.

The company’s objectives is to offer to it clients a complete range of high quality productions.

The programs catalogue One-of-a-kind of Beta includes over 15.000 hours or 4000 titles in every format and genre, from the exciting action series, mixing television films and leading miniseries to feature-length films of international fame, exciting documentaries and unforgettable classics. The catalogue is unique not only for its vast range of formats and genres, but also because the programs come from different countries: Beta distributes the best American productions, international tv and cinematographic successes, and programs of high quality in Europe and Germany.